All of you know about the Game Monopoly. Almost all of us have played Monopoly Games and is the best game.If you love to play old board games these days you need to play on board only, but you don’t like to play. The problem is you can’t play this game on your smartphone. But, now, you can easily play these games online on your Smartphones. You can play games online with your friends and family.

In Monopoly game, you can make deals, buy and sell the real estate, increase your wealth and much more. The Monopoly Game is for adults as well as children. This game is not just for doing business but also the best way to spend time with family. As the game lasts for a long time you can spend good time with your family. Monopoly Games is one of the most popular board games. There are players from all over the world.

Now, this popular board game can be played on your phone also. There are different games available on the Google Play store which based on Monopoly. So, here in this post, we will tell you about the most popular versions of the economic game which you can play on your Android Device. Let us check out the Best Monopoly Games For Android Device.

Top Monopoly Games For Android Which You Should Check

Monopoly Bingo is the most popular board game app which is very fun and exciting. This game is a combination of the rules of the classic Monopoly and the lottery bingo. In the original game, you need to collect balls with a number. The winning brings the player money and gives the right to move to the next level. You must earn game currency and then spent that currency in the construction of new buildings.

All the successful players may get a different bonus like:

Play your game alone and compete with your friends. The app is downloaded by so many. You also try out. Another most popular monopoly game app is Monopoly Slots. This app gives you a chance to become a monopoly millionaire. Monopoly Slots is America’s favorite board game app where you will meet new players to know about the game and become a millionaire. It gives you a chance to choose your favorite token to boost your luck. If you want to build up your city and wants to become a true real estate champion then you need to complete Quests. The more you play this game the more chances you get new cards, token, and lots of machines and other things. There is a paid version of this game and it is worth money. The developers of the game have managed to implement great graphics, and also the quality of the application. The players throw the dice, move around the square, buy buildings, getting on the opponent’s field, and then they pay fine or do a task. The other attributes of the game are “the “Prison” and “Free parking” sectors, “Chance” and “Tax” cards. Play the games by selecting the levels, adjust the background, and can slightly change the rules. 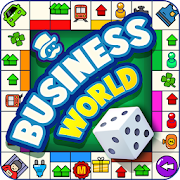 Board Kings is a board game with few features of the Monopoly Gameplay. The game board is on your phone, and you need to roll the dices and go on squares as in classic Monopoly game. And then you earn money and bonuses are activated. With the help of the money which you earned, you can “open” new buildings and also develop your city. And bonuses which you got, with that you can engage in battles with other players, break their buildings and steal money from the treasury.

However, the game totally depends on Luck and most of the players can not change something. The Rules of Board Kings are very simple. One of the best online dice board game apps is Rento. The game app is developed by Lan Games Ltd for all the Android and iOS users. In Rento game you can buy properties, trade lands, spin wheels, and get their rents by acquiring Monopoly. Rento game is free and easy to use the app where you can win the game by bankrupting the other players and become rich. This game is a multiplayer online game app. You can easily play the game with your local friends or players all over the world. This version is similar to its classical version. In Europoly, you can buy property, build houses and hotels, collect rents from rivals. All of the players have a pawn for crossing Europe. And if the pawn lands on the unregistered property it can be sold or bought. If the property is bought by another player then you have to pay rent. The game will come to an end when all the participants become bankrupt. You can play this game with 1 to 3 players. Landlord game is like a monopoly in real time. The Landlord Tycoon is an economic simulator, where you can be a tycoon. At the start, you have 50,000 dollars and then you have to buy everything that is close to you. This game is different as you can buy everything which is close to you. You can also buy the city in which you live and buy new points on the map for rent. Business King game has a multiplayer mode, where you can play it with your friends and relatives. This game is for all those who have an interest in the business in general. The main advantages of this app are that the game process in detail. The game design is attractive and bright. 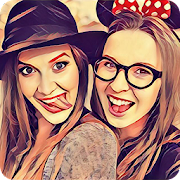 The rules of the game are a little bit different but it is a kind of Monopoly. Once you download the app sign up and then you are in a small town which is called Arctopia. In this game, you are a director of one of the coffee shops and your aim is to monopolize the market in the city. There are competitors, so you need to compete with them, make new strategies for developing your business and become a monopolist in the sphere. The Crazypoly game app is a business dice game app for all the android users. It gives you a chance to build your monopoly, earn money and bankrupt the opponents. This game is a turn-based economic strategy which lets you buy a business property, build levels, collect rent, play casino, rob bank, and others so you can build your own business. This is an offline game app with three different difficulty levels like Easy, Medium, and Hard. Before you start the game you can easily choose one. Another popular monopoly game app for Android and iOS users. Monopoly Junior game app helps you to build a virtual business online on your device. This game app is a strategy based card game app where you have to match the cards to win the game and get more rewards. There is a real-time game playing option with your friends or unknown player from anywhere. Little kids will enjoy by playing this game as there is fun to kids while playing. Monopoly game is one of the best entertaining game which can be played by all aged people. It is not hard to play the game and almost all of them have played this game. So, now if you want to play the game online on your Android device, do check out this list and start playing Monopoly game on your Device. Here is the list of best Monopoly Games for Android. All the android device users can play these games.

We hope you like this article and is helpful for you. Stay tuned for more.